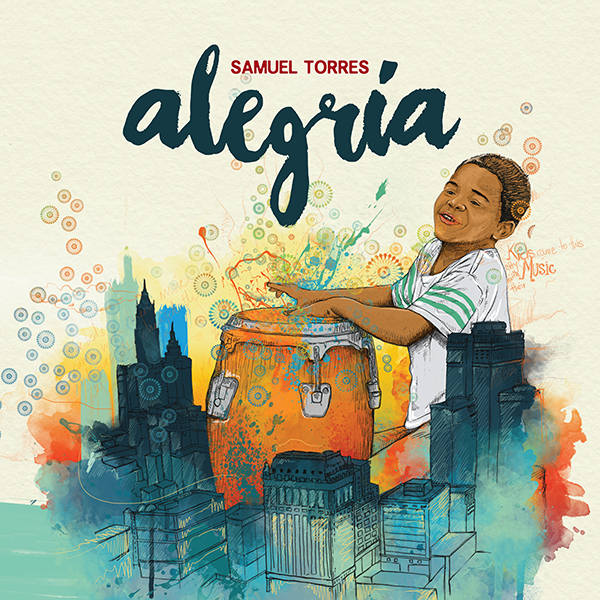 Torres’ latest work, Alegría  (which means “happiness” ) co-produced by Kabir Sehgal, New York Times bestselling author and multi-grammy award-winning producer, pays homage to the people of his native Colombia, as well as other Latin American nations. It is a response to his previous album Forced Displacement (2015), which was influenced by the violence and unrest affecting his homeland. However, through Alegría, the response is one of hope and praise to the resilient spirit and remarkable ability of his people to make the best of a bad situation. Inspired by the vibrant urban and Latin dance music scenes of Bogotá and beyond, Alegría exemplifies how people use the language of music to express those feelings of optimism and faith.  Musically, this latest work by Torres merges classic jazz traditions with more contemporary Latin urban sounds, as well as popular music styles such as boogaloo, cumbia, and Afro-Cuban jazz.

Funding for Alegría and its production was made possible by support from Chamber Music America 2017 New Jazz Works Commissioning program funded through the generosity of the Doris Duke Charitable Foundation. A two-time recipient of this prestigious award (in 2012 and 2017), Torres has the distinction of being the first-hand percussionist to receive the grant.

Prev
Back to top